The rain has totalled well over a foot in the past month and with sun burts between showers — teh grass is growing wildly and a vivid green. Even the trees are greening up (trunks and all!) 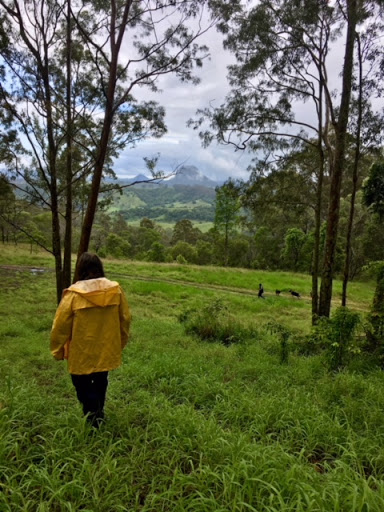 Our wonderful friend Derya came over from Germany to speak at a few geology forums and stopped in while nearby. Its been years since we travelled Spain together. She is a wealth of information about our area as it was formed by volcanos and has much to study in rocks and other formations. She likes our Medusa post. 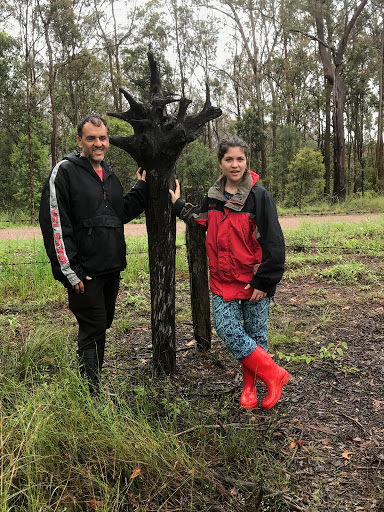 Even Nick’s little dog Jaffa stops to take in the fukn awesome view (aka FAV). The clouds this day were phenomenal! 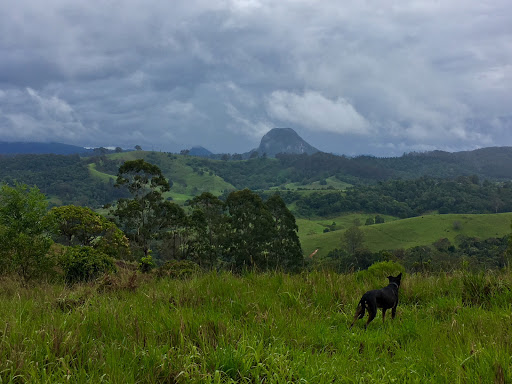 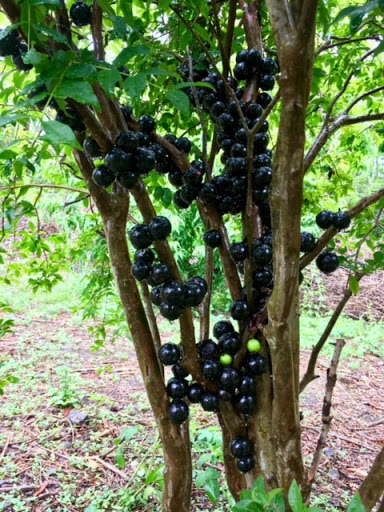 Its not unusual as each season progresses for us to find new plants (and animal) around the place. This bush looks like a crepe myrtle and is about six feet tall and rather unremarkable. That is — until it one day had none and the next day had hundreds of half a golf ball sized cherry-lychee-grape-like fruits on its trunk. Its called a Jabuticaba a.k.a. Brazilian Cherry tree and is among the most remarkable trees I’ve seen. We enjoyed 70 or so fruits and wanted to leave them for another harvest soon — yet the local bush rats stripped it later during the night. 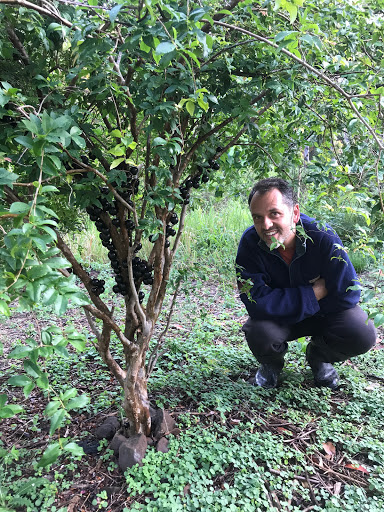