As per normal, when the van sees a wet patch, it bogs straight away. Sadly, as its near the lowest part of our forest track and PLENTY of rain has flowed under it — it may be a few weeks before we can get it unstuck and back to higher, drier ground. Such is the life in the country! 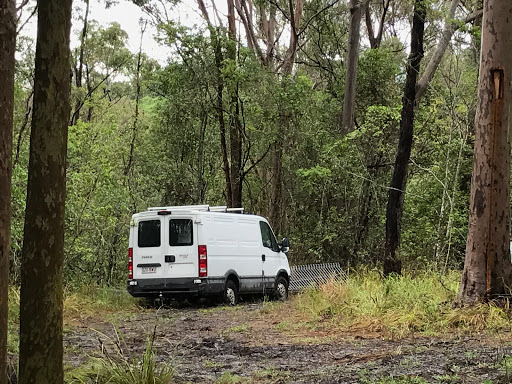 The neighbour bordering us along Black Mountain Road had said he’d seen rivers of water flowing down the hills for a week after heavy rains… I could then only imagine it… Now, after our first real sustained downpour — I have experienced it first hand. This is the “driveway” near the entrance to the greenhouse. The van is in a MUCH wetter and softer soil area — poor van. The compost pile, having finally gotten the dampness it so needed, is beside the wheelbarrow and has started steaming in the early morning cool. That means its finally breaking down and activating all those great loads of goat dung and straw that Nick has been so diligently applying. Well done! 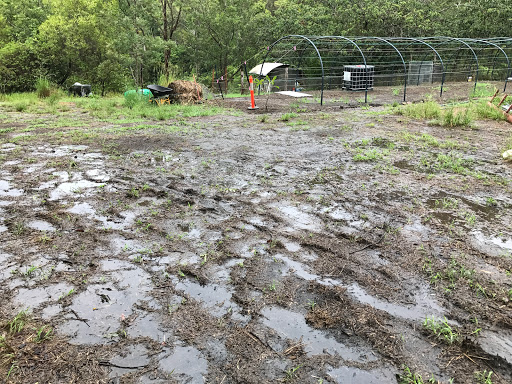