Since we’ve been here there have been several Monitor Lizards prowling about. Sometimes I catch them eating eggs from the chicken coop, other times they just crawl by. 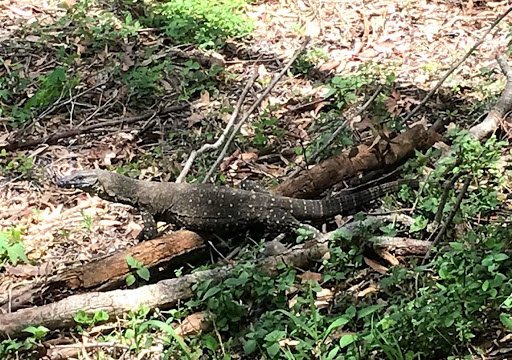 This is among the larger ones we have at near 2 metres or over 5 feet long. I was working from the Canyon Cabin as it crawled by.

Just days later, Jaffa heard it and chased after it… sadly, Jaffa came out poorly having a bad cut on his front leg and large bite wound on his back leg.

But, as always, Jaffa is undeterred — he still runs about and smiles always. He had to wear the collar for a week and get 8 or so steel sutures removed a week later. 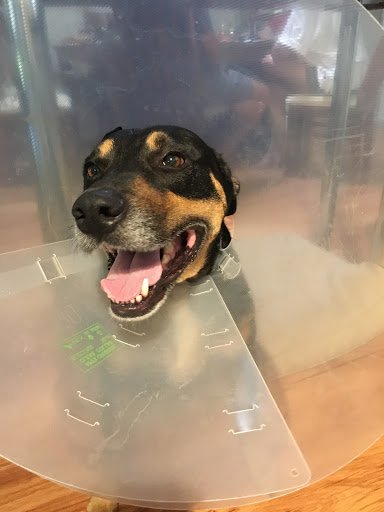