After 10 years vacant, the adjoining neighbour below us had run the gamit on the place… From agisting livestock (that’s running cows for those not from around here) on the land for a tidy sum (our garden still has signs of their former mid-night raids), to giving others (we’ve met a few) open reign to shoot guns, ride motocross, and generally take anything they can carry… 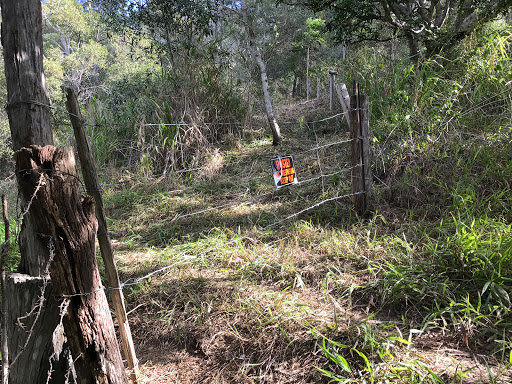 While the outer fence was reasonably sound — we had already replaced the front gates, repaired several sections — yet only recently found the time to rebuild several parts which had been cut and tied back (thanks “neighbour”). 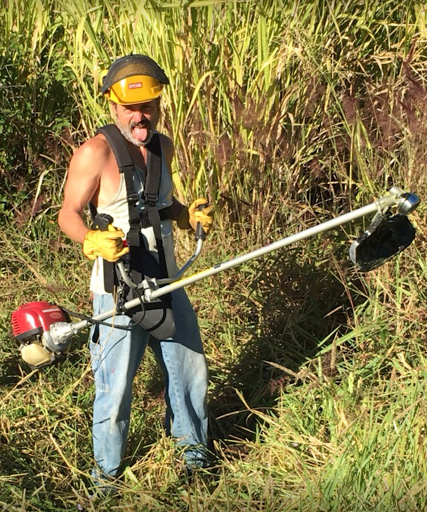 First up is carefully clearing a path to find and remove the old fence. Then come the process of replacing posts (all but one of our fences was hard wood posts and old wire). Digging into the Black Mountain sometimes takes a good blend of calories, sweat, pry barring, cussing and patience… but sustained effort is rewarded!

Our friend Mark came up from Brisbane while on his holiday to help us out. He became quite talented with our whipper snipper! 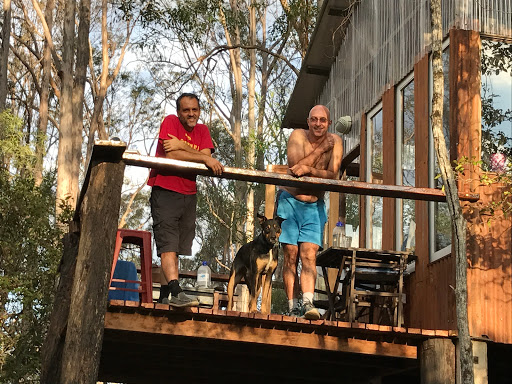